Yeah, that's Death. She's very pretty. She has wings, sketchily drawn in there. I feel that this is one of the best people I've drawn.
(I recently found the art that's on my computer, so this will be rotating. Yay for new laptops I hardly know how to use.)

Grazing after a trail ride. He's called Rory and he's my baby.

This means that I am one of the Saint Valentine Poets!
Elftown titles and orders
Description:

For my boys, Tom, Jared, Corey, and Martin.

sweet joys
with tall boys
to me means
being scooped up
and twirled,
laughing,
mock-afraid,
and then set down
gently,
and steadied;
simple cuddling
with no strings
attached,
hugs for no reason
but that,
at that moment,
they were needed --
it is dancing
in the snow
seeking snowflakes
with open mouths,
faces to the sky.

He's tugging the reins;
your hands feel it
and you know
what he wants
in his equine soul,
and you want it as deeply
as he does,
and so you let the reins
drop -
you are flying
without wings.


She's not tall; it's the first thing you notice about her. But the eyes - lazily shifting color to color, half-lidded, a spark of mischief and humor - draw your attention. They move through the rainbow, from sea-green to a pale ice-blue, then on through indigo into violet and crimson, and gold. The more emotional she gets, or the more angry, the faster the shifting colors go. Black eyes mean back away, because she is armed, knives where you can't see them and a crossbow. Silver or gray is grief.
She goes by Edie, mostly, the phonetic version of E.D., and doesn't permit many nicknames. Please note - for her, Kitten as an endearment is already taken, so don't use it to refer to her. She sings for her supper for the most part, although when short of money she'll interpret or guide, and get herself into adventures. And then out again. She's an occasional pickpocket, but only under duress. As a bard, she'll play on the sweet-voiced flute she carries, but mostly accompanies her singing with a small skin drum (bodrhan).
Edie rides a 15.3 hh bloodbay mare called Serenity, both sidesaddle and astride, and doesn't settle for the most part. She's a wanderer at heart.

Notes from Tal, the real-life version of Edie:
I'm 18. I'll talk to you if you have a personality. I'm a 4-H kid. No cybering, kittens. I have the pictured pony, Rory's Red Flame.
'S all. 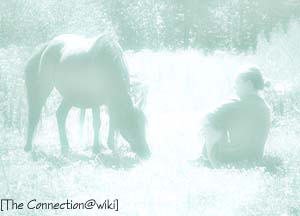 41°26.328'N 90°46.542'W
Place of living: USA-Ohio
Town: Not my hometown.
Known languages
Elfwood artist: Yes
Elfwood writer: No
Elfwood URL: http://elfwood.lysator.liu.se/art/g/k/gkhansen/gkhansen.html
Home-page URL: http://www.absolutewrite.com/forums/member.php?userid=1732
Favorite URL: http://www.eviloverlord.com/lists/overlord.html
Elftown crew wannabe: No
Favorite drawing objects
Computer interests
Music
Other interests
Body shape: muscular
Height: 152
News about Elftown
Help - How does Elftown work?
Get $10 worth of Bitcoin/Ethereum for free (you have to buy cryptos for $100 to get it) and support Elftown!
Elftown – the social site made for fans of scifi and fantasy
Visit our facebook page